Sustainable Future: in every crisis there is an opportunity

President and Founder of EplerWood International

Megan Epler Wood is a thought leader, pioneer, teacher, and consultant on questions of managing sustainable tourism for destinations, business, and civil society. Epler Wood is the Director, International Sustainable Tourism Initiative. She has led her firm EplerWood International since 2003 to design net positive regional tourism development projects working in over 35 countries with support from the World Bank, IFC, IDB, GIZ and USAID.

Since 2010 her research and on-line courses with Harvard and Cornell universities vetted a wide range of solutions to help protect destinations using science-based, technology-powered measures together with socially and environmentally responsible business development techniques- all designed to meet local economic development goals and global SDG and Paris Climate standards.

Her research work is presently dedicated to addressing the tough questions of managing tourism sustainably as it scales upward after the historic COVID 19 downturn of 2020-2021.  Epler Wood wrote her acclaimed 2017 book, Sustainable Tourism on a Finite Planet and widely-read 2019 report Destinations at Risk; The Invisible Burden of Tourism to address the gaps in governance, business and civil society models for meeting the aspirational goals of sustainable tourism worldwide.

Deputy Minister of Tourism of the Republic of Cyprus

Savvas Perdios was born in 1981 in Nicosia. He studied Accounting and Finance at Warwick University and International Hospitality Management at the École Hôteliere de Lausanne. Between 2008 and 2010, he worked for internationally known companies like Design Hotels in Mykonos and Kempinski Hotels in Switzerland.

From January 2010 until January 2018 he worked at Louis Hotels from the position of Quality and Brand Manager. After 8 years in that position, he was promoted to Chief Operation Officer, a position which he held until he was appointed as Cyprus‘s Deputy Minister of Tourism on January 2, 2019.

She holds a degree from the School of Architecture of the University of Rome. She has worked as an Architect for the Hellenic Ministry of Environment, Physical Planning and Public Works, on special programmes for the renovation of underdeveloped areas of Athens and she has also worked out a great number of architectural projects in the island of Corfu.

She also has a significant career in acting. She studied in Derek Jakoby’s “London Academy of Performing Art” in London, UK and she was a member of Federico Fellini’s student group in Italy.

Since 2011 she is President of the Board of Directors of the Ionian Cultural Center which hosts since then the Corfu Festival of Arts.
During 2005-2006 she was appointed as the National Representative on Global Progressive Forum’s campaign against AIDS. She is also the president of the Lafkadio Hearn foundation.
She is a volunteer participant in various social initiatives for environmental protection, youth culture and sensitive social groups. She is an Ambassador for Tourism in ICC Hellas .

She is  an activist for sustainable development and women rights, as a Senior Senator for Greece and Vice President of WBAF’s Global Women Leaders Committee.

Angela Gerekou will represent Greece as Senior Senator in the Grand Assembly of the World Business Angels Investment Forum.

Chairman of the Board of Trustees of the TUI Care Foundation

Thomas Ellerbeck is a Member of the Group Executive Committee and Group Director Corporate & External Affairs of TUI Group. He is responsible for Public Policy, EU and International Relations, Group Communications, Regulatory and Government Affairs, Environment and Sustainability as well as Foundations.

Prior to switching to a career in industry, he spent almost ten years working various regional and national government policy units. From 1995 until the end of 2000 he was one of the closest advisors to the President of the Federal Republic of Germany, initially as Deputy Spokesman of Federal President Professor Dr. Roman Herzog, subsequently as Head of the President’s Office.

Chair of the Board of Trustees for the Travel Foundation

Helen Marano is the founder and President of Marano Perspectives, Limited since 2019, whose mission is to lead the engagement and collaboration of key Travel & Tourism industry stakeholders to help develop plans and solutions that promote responsible industry growth. She previously served as Executive Vice-President of the World Travel and Tourism Council (WTTC) where over 7 years she built the Government and Industry Affairs Department for the advocacy efforts of WTTC and expanded WTTC’s engagement with academia, and other key tourism stakeholders.

Helen is a seasoned leader, having headed up the National Travel & Tourism Office of the United States for over a decade.  Her career spans key positions in destination management, market research, program and product development, and ten years in the financial services industry.

Helen is Chair of the Board of Trustees for the Travel Foundation and a Board Member of ArtWorks for Freedom, activist artists dedicated to raising awareness for deterring Human Trafficking.  She also serves on the Advisory Board for Blacks in Travel and Tourism Cooperative in the USA and has been serving for many years on the Advisory Board for the University of Surrey School of Hospitality Tourism Management in the UK.   She is a 2019 recipient of the Celebrating Her award for building global alliances that promote tourism as a force for good. In 2020 she was honoured with a Lifetime Achievement Award by the Women in Travel and Tourism International for her leadership and contributions to the sector.

Garry Wilson joined easyJet holidays as Chief Executive Officer in November 2018 and holds responsibility for the easyJet holidays business, as well as being a member of easyJet’s executive board. Garry is a highly experienced commercial leader who has worked across international organisations, and has more than 20 years’ experience in travel. Prior to joining easyJet holidays, Garry worked at TUI Group, where he held the position of Managing Director for Group Product and Purchasing, leading commercial strategies across a number of markets and heading a large global team in 20 countries.

He also held the position of Director of Europe, Middle East and Africa for American travel group Orbitz Worldwide (now Expedia Inc.). Garry has worked extensively with overseas governments, PWC, and the Travel Foundation to create sustainable tourism policies throughout the world and is passionate about the power of global tourism to promote major economic growth and positive social change whilst minimising negative environmental impact. Garry has been a trustee of the Travel Foundation and Travelife and holds a BCom (Hons) in Business Management and Languages from the University of Edinburgh.

Fabrizio Orlando joined Tripadvisor at the end of 2018 and since then he leads the global Industry Relations team, overseeing the company’s institutional relationships, and global thought leadership projects and partnerships.

He works with national hospitality and tourism bodies, associations, and non-governmental organizations to build Tripadvisor’s role as a trusted partner for stakeholders in the travel and tourism industry. Fabrizio has a Philosophy degree from Federico II and a Master in Philosophy and Politics obtained at La Sorbonne University and before joining Tripadvisor he worked as a strategic consultant for a global consulting and market research firm.

Saskia Constantinou is a producer and presenter for the Cyprus Broadcasting Corporation-RIK.

Following her studies, she joined the National Symphony Orchestra, South Africa as a violinist where she played under conductors such as Zubin Mehta, Victor Yampolsky, Yehudi Menuhin, Enrique Batiz, Efrem Kurz, Carlo Franci and soloists including Kiri te Kanawa, Vanessa Mae, Placido Domingo and Luciano Pavarotti. Her entrepreneurial spirit and love of travel led her to open a tour operating company with its own aircraft and cargo department which led to collaborations with President Nelson Mandela. Due to continuing violence in South Africa, Saskia moved to Cyprus in 2000, and developed her own programme ‘SaskiaUnreserved’ which is a no-holds barred programme of in-depth interviews with academics and intellectuals covering a broad spectrum of subjects.

Saskia has also worked as a music critic in Cyprus for both English newspapers, and in 2010 was awarded the Cyprus Business Woman of the Year for launching the first online ticketing system and children’s gardening programme Green Fingers which over 8,500 children have attended. 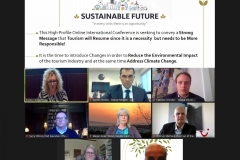 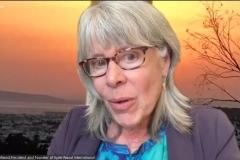 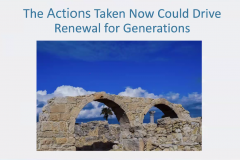 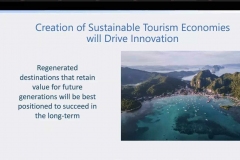 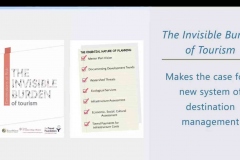 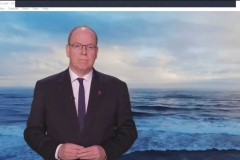 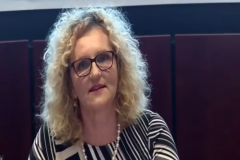 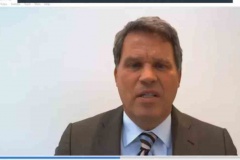 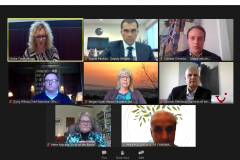 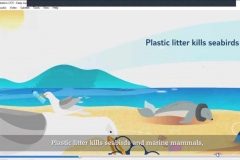 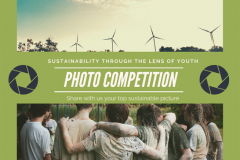 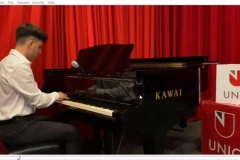 I very much enjoyed the discussions during the conference and it is to CSTI’s credit that you assembled such a distinguished group of panelists, who engaged in a meaningful debate about the issues.

Head of Greece, Cyprus, Egypt, Malta, Middle East, Lapland and Iceland TUI GROUP, TUI Musement
I did indeed enjoy participating and also pleased my comments were supportive to Megan’s keynote and the reality of today as we restart.

We all look forward to our continuing collaboration with Cyprus STI!

Founder and President Marano Perspectives
It was an excellent event. Well designed and structured for useful interchange. Thanks!

Congratulations on the conference!  I hope you feel very proud, as it was exceedingly well organized.

President and Founder of EplerWood International
I think you introduced perfectly the topic, Megan did a great keynote and we also had a very insightful panel conversation. To me it was nice the event also had some breaks where we were showcasing key opinion formers’ messages and activities you run at CSTI.

It was a real pleasure to participate and I am very much looking forward to visiting Cyprus as soon as I can and will be a pleasure to meet you when there!

Managing Director Laona Foundation for the Conservation and Regeneration of the Cypriot Countryside
Dear CSTI Team, Congratulations on bringing it all together last night. All the hard work paid off with lots of registrations and most impressive panel of speakers.
It has been a pleasure to work with you all, and I hope to continue our collaboration. My radio platform is there for you at any time that I can help in promoting the excellent work you are doing.

It was my great pleasure to be part of your conference. Well done for all your work Cyprus Sustainable Tourism Initiative

Broadcaster / Cyprus Broadcasting Corporation
Just wanted to say ‘well done’ to you and the rest of the CSTI team for organising such a great webinar yesterday evening! The calibre of the panellists was excellent which made for very high quality discussions 😊

Project Manager The Travel Foundation
I like to thank you for the efforts you have made and to make this quality virtual conference successful.

It was an interesting and well organised event👏

It was my pleasure to attend. Sustainability has to be our compass to the future. As a place privileged by the location on the island, we continue to contribute with our methods in this huge effort to divert the negative practices towards Environment.
CSTI plays a leading role in Cyprus and we hope everybody will join in the ranks of the “Green Army”!

Quality Manager CAPO BAY
Well done and interesting presentation from all involved in this event. Pleased to hear any news about your activities. Join forces and ideas are always welcome for better future in all aspects.